We have a lot of fun supporting our school and community. Seeing an owl in class, watching a play or musical performance, experiencing a field trip, these types of enrichment activities are all paid for by the PTO. However, we also recognize that our work can make a meaningful and lifelong impact on a child.

One area where we do this is in our long-time support of the Peace Neighborhood Center on North Maple Road. Peace helps many Abbot students and families throughout the year.

Recently, we received a letter of thanks from Peace Executive Director Bonnie Billups, Jr., that included as story about a girl who first began coming to Peace’s Alternatives for Your after-school program as a sixth grader. He wrote:

“When S. first started coming to Peace, she exhibited severe social issues that were impacting her success in school. It came to the staff members’ attention that she was fearful of interacting with others and often suffered panic attacks when forced to do so. Staff members identified the problem as a form of social anxiety disorder and worked with her teachers and mother to address the issue. S.’s inclusion in daily activities at Peace slowly began to make changes in her social behaviors. Over the course of the school year, she spent less time removed from others. She began to smile more and joke around. She is now and active participant in programs, demonstrating a better ability to advocate for herself and express her opinion to others. At school, her academics have also shown improvement as she is more engaged in her studies and with her classmates. She has not experienced a panic attack in months. S. credits her time at Peace with this change in her attitude because of the environment that made her feel safe.”

The PTO is proud to support Peace. Learn more about the organization here.
Posted by Unknown at 1:18 PM

All dads, moms, grandparents and other guardians of Abbot students, as well as our principal and teachers, are members of the Abbot Parent Teacher Organization. As PTO members, we contribute to our school by volunteering in the classroom, sponsoring field trips and assemblies, raising funds for school improvements, and working with teachers, staff and each other to enhance the learning environment at Abbot.

Fund the PTO with PayPal

Thank you to our "All Star" level business partners! 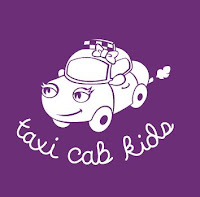